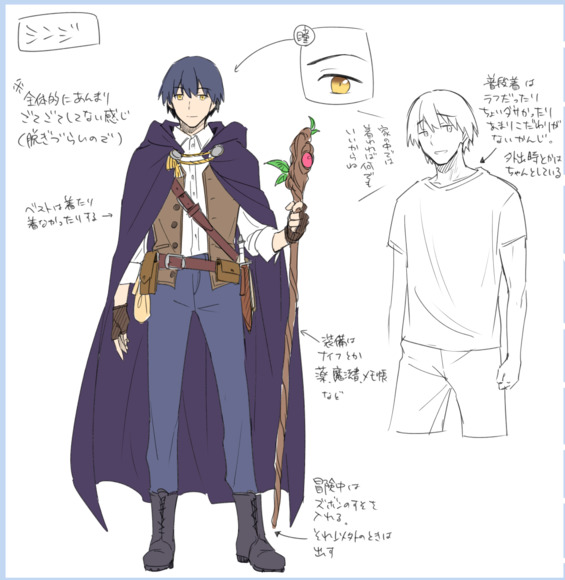 The main character of this work.
He is a wizard who has a contract with Freri, the spirit of flowers.
・Alvin <Country boy Swordsman with a Serious Heart> 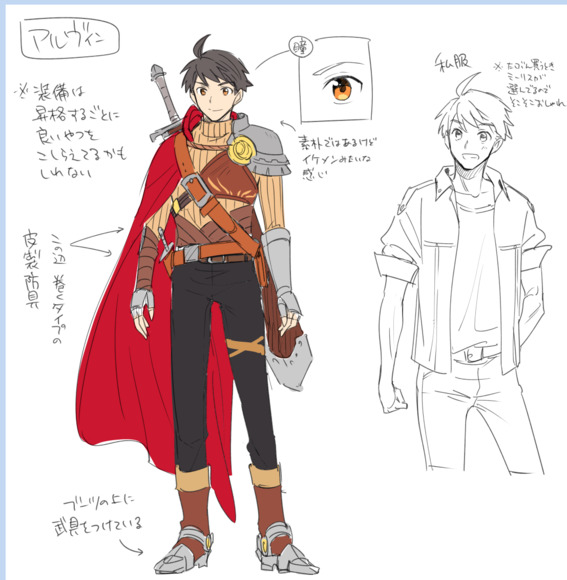 The leader of <Running Wolves>. 16 years old.
He has short black hair and is armed with a two-handed sword.
He likes to wear light armor and is good at quick movements and bold attacks. He has a good-looking face.
His personality is rough in a good way. He cares for his girlfriend, Milis.
He likes to drink. He has never played with women or gambled.
・Milis <Kind-hearted Priestess> 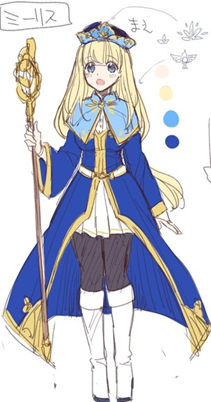 Healer of <Running Wolves>. 16 years old.
She has beautiful blond hair that reaches to her waist and is armed with a staff. She is a priestess who wears a blue vestment. She has a pretty face.
Despite her short stature, she has large breasts and hips, and a body that is popular with men.
Her personality is calm and reserved. She relies on her boyfriend, Alvin. She adores Renka as if she were her sister.
・Renka <Care-loving Female Ranger> 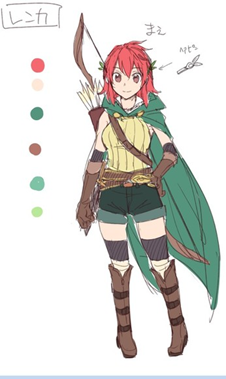 A scout and archer belonging to <Running Wolves>. 17 years old.
She has moderate red hair and uses a bow and dagger as weapons. A ranger in green robes.
Her face is very beautiful and well-balanced.
Her style is well-balanced. Her breasts are rather large.
She has a strong sense of responsibility and a competitive personality. She is a year older than Alvin and Milis, but she acts like an older sister and tries to protect them.
She seems to have feelings for Alvin as a member of the opposite sex, and the fact that she can't be honest with him and argues with him is a reflection of her feelings for him. Arvin is completely unaware of this.
She is becoming addicted to "play" with Shinji.
・Charlotte <The Cheerful Daughter of an Innkeeper> 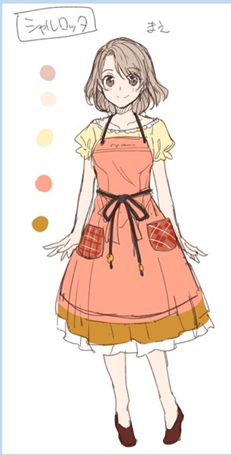 The signboard girl of <Hidden Dragon Inn>
She has light brown hair. She has a pretty face and large breasts.
She has a boyfriend named Morse.
・Nanaka <Married Woman>
A former member of Shinji's party.
Her purple hair is tied back in a ponytail.
Her breasts are small in size, but she has an attractive, plump lower body.
Her husband is Haruto. Her daughter is Hana.
・Emily <Talented Beautiful Warrior> 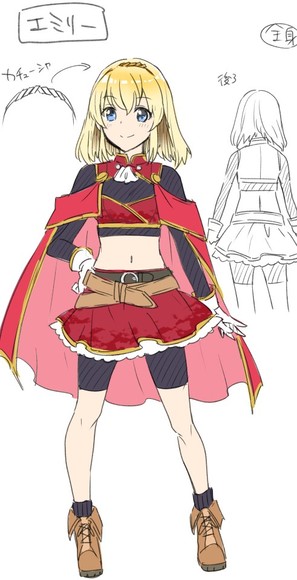 A former member of Shinji's party.
She has shoulder-length blond hair. She has a very pretty face.
She is short in height and has a child's figure.
She has a crush on Shinji. Very strong.
・Akane <Heartbroken Nun>

A former adventurer from the same hometown as Alvin and the others.
A nun with dark red hair.
Her party was destroyed, and she was saved by <Running Wolves>.
She left her hometown and is now a nun in a desert city.
< Prev -  ToC -  Next >


Edited by Kanaa-senpai
Please rate this series on Novel Updates --> here
Thanks for reading...