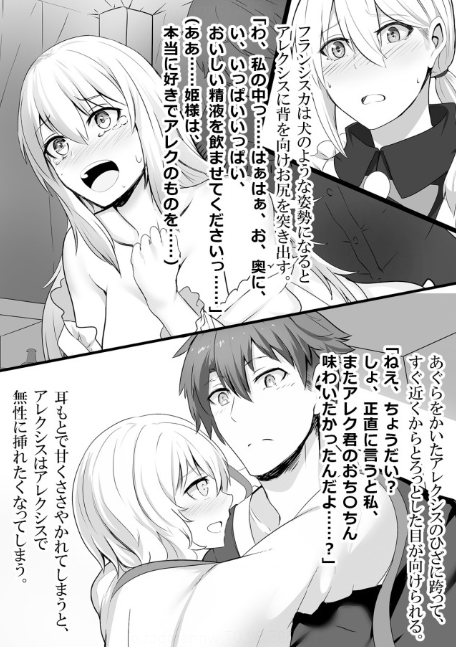 「No, no, don't stop! Please give me more!」
Alexis sighs as Fransisca wiggles her ass.
「Damn... You need to chill out a little...Fatima's here...」
Fransisca's expression turns sad as Alexis attempts to pull out his penis and returns it to its original length.
「Ahh, no, please, don't pull it out. I haven't received Alexis-sama' semen yet...」
Fransisca bursts into tears, and Alexis sighs.
Please bookmark this series and rate ☆☆☆☆☆ on the Novelupdates -> here
<< Prev - ToC - Next >>

Edited Kanaa-senpai.
Thanks for reading...