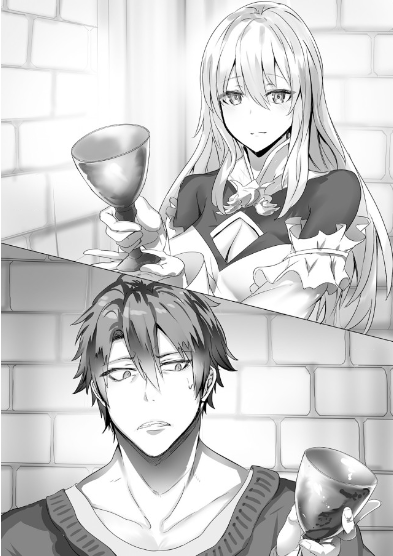 First, Fransisca drinks Alexis' blood.
Seeing this, Alexis was surprised, and he looked back at Fatima, but she urged him with her eyes.
Alexis had no choice but to drink Fransisca's blood.
He wished he could say that the blood of a beautiful girl is rich and tasty, but unfortunately, that is not the case. That would make him a vampire or a pervert. Alexis, of course, has no such propensity. Nothing but the taste of bloody iron fills his mouth, and a bad feeling comes up through his nose.
From then on, no one said a word.
Following Fransisca, who turned the empty cup over and placed it on the table without making a sound, Alexis did the same.
After that, they left the cemetery silently and quietly.
And Valencia closed the stone door without saying a word.
This was the Sagrado wedding ceremony.
Please bookmark this series and rate ☆☆☆☆☆ on the Novelupdates -> here!
<< Prev - ToC - Next >>